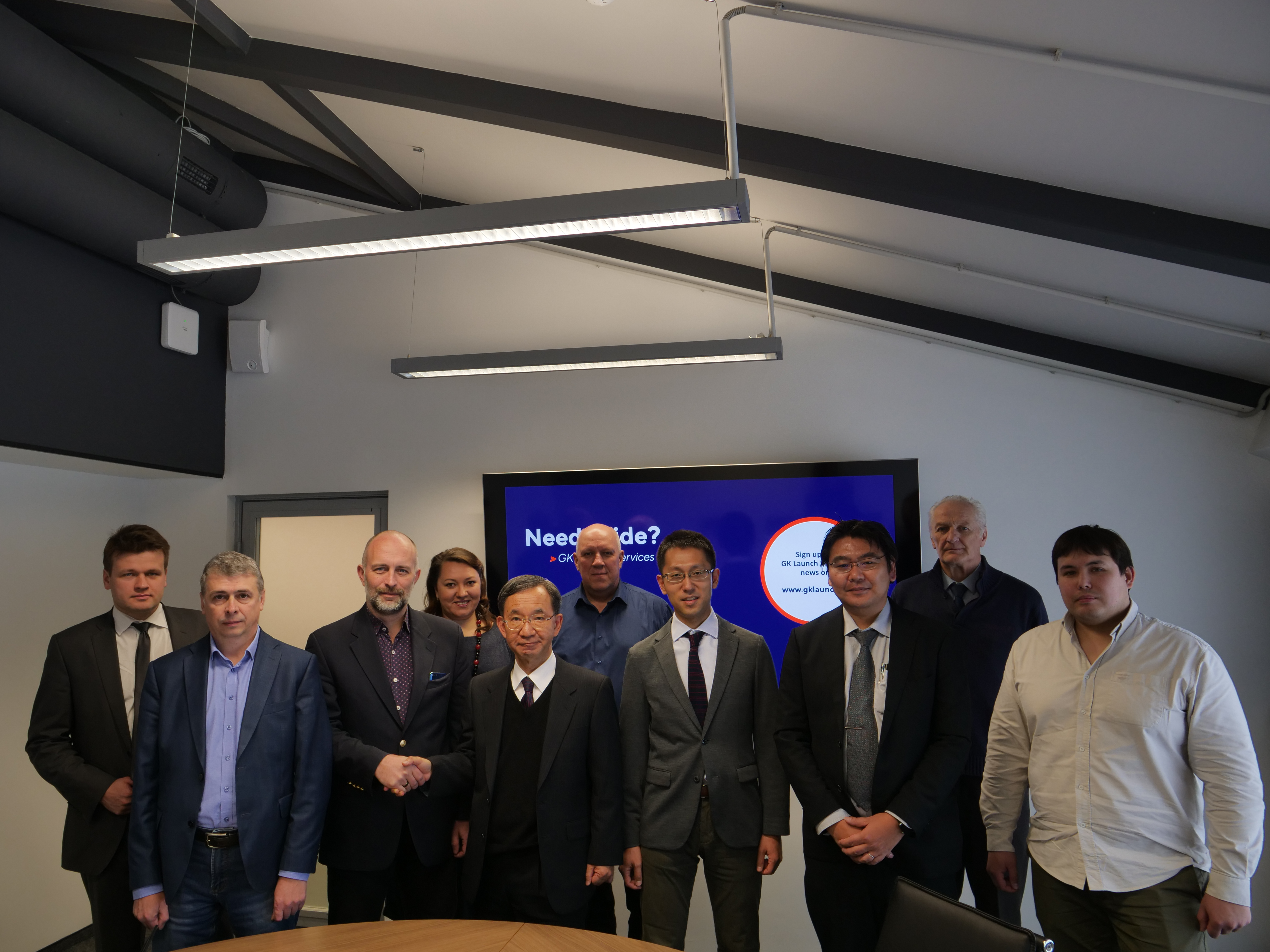 December 13, Moscow
GK Launch Services, Lavochkin Association, and Astroscale Japan Inc held a kick-off meeting in Moscow on December 12 under the agreement on launch services for the Astroscale End of Life Services by Astroscale-demonstration (ELSA-d) satellite. ELSA-d will be orbited within a Soyuz-2 cluster mission that is scheduled to launch early 2020 from Baikonur.

ELSA-d is an in-orbit demonstration of the rendezvous and docking technology necessary for future semi-cooperative debris removal missions. The groundbreaking mission consists of two spacecraft, a Chaser (~160 kg) and a Target (~20 kg), to be launched stacked together. The Chaser is equipped with rendezvous & docking proximity operations and a magnetic capture mechanism which enables it to connect with a docking plate on the Target.

Astroscale is the first private company with a mission to secure long-term spaceflight safety and orbital sustainability for the benefit of future generations. Founded in 2013, Astroscale is developing innovative and scalable solutions for satellite end-of-life and active debris removal services to mitigate the growing and hazardous build-up of debris in space. With its headquarters in Singapore, a Research and Development facility in Tokyo and an Operations Centre in Harwell (UK), as well as a representative in Washington DC, US, Astroscale is a rapidly expanding venture company that is preparing to solve a growing environmental concern.