RUAG Space will supply Payload Adapters and Separation systems for the Soyuz-2 family of launchers. The new purchase agreement between GK Launch Services, an operator of Soyuz-2 commercial launches and RUAG Space a leading independent space product supplier, has been signed on March 11. This long-term contract is for multiple launches using a RUAG Space separation system and payload adapter. The products are produced in the RUAG Space facility in Linköping, Sweden.

“We are happy to have reached this agreement. Soyuz is one of the world’s most reliable rocket and together with RUAG, the widely acknowledged leader in flight heritage separation systems, we will deliver major products for our customers”, said Alexander Serkin, CEO of GK Launch Services. 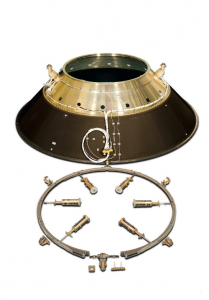 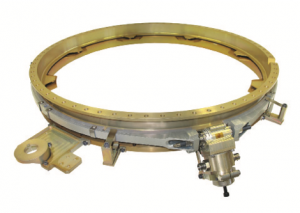 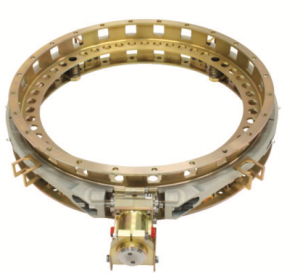 Separation systems from RUAG ensure that satellite and rocket remain securely attached to one another during the tough journey into space, and then deliver the valuable payloads into orbit with precision. “Around 700 separations have been carried out in orbit using RUAG systems, with a 100 percent success rate,” said Peter Guggenbach, Executive Vice President of RUAG Space. “With this contract we further deepen our existing partnership with GK Launch Services and Soyuz.”

RUAG Space is the world leader for payload adapters and separation systems used on commercial launch vehicles. RUAG has been developing and producing Payload Adapter Systems for more than three decades. A period during which RUAG has accumulated vast experience and supplied products to an ever-growing number of users. Modular adapters from RUAG Space enable fitting most satellites on the market to any launcher. The Payload Adapters are tailored to customers’ needs and manufactured out of aluminum or carbon fiber composite technologies. 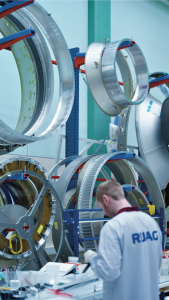 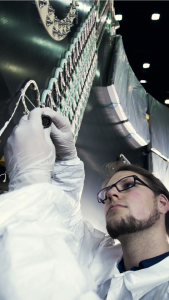 GK Launch Services is an operator of commercial launches. The company was established by the decision of Roscosmos and is authorized to conclude and implement commercial contracts for the launch of spacecraft using Soyuz-2 family launch vehicles from the Russian launch sites.

RUAG Space is the leading supplier to the space industry in Europe, and has a growing presence in the United States. In total, RUAG Space has about 1,300 employees across six countries. RUAG Space develops and manufactures products for satellites and launch vehicles—playing a key role both in the institutional and commercial space market.

RUAG International is a Swiss technology group focusing on the aerospace industry. Based in Zurich (Switzerland) and with production sites in 14 countries, the company is divided into four areas: Space, Aerostructures, MRO International and Ammotec. With its strategic focus on aerospace, the company will consist of the two segments Aerostructures and Space in the medium term. RUAG Space is Europe's leading supplier of products used in the aerospace industry. RUAG Aerostructures is a global first-tier supplier in aircraft structure construction. RUAG International employs around 6,000 people, two thirds of whom work outside Switzerland.
Previous news Next news
27 January 2020 PHOTO-REPORT FROM LAVOCHKIN SCIENTIFIC AND PRODUCTION ASSOCIATION, ONE DAY AT FREGAT UPPER STAGE MANUFACTURING FACILITY
22 June 2020 CONTRACTS FOR THE FUELLING OF KOREAN SATELLITES CAS500-1 AND CAS500-2 WERE CONCLUDED WITH KARI AND KAI