Processing of the Soyuz 2.1 launch vehicle with the Fregat upper stage is underway at the Baikonur Cosmodrome in advance of the upcoming launch that will deliver the CAS-500-1 spacecraft and a cluster of payloads from 18 countries into orbit. The launch operator is GK Launch Services (a subsidiary to the Roscosmos State Corporation).

The KARI’s (Korea Aerospace Research Institute) CAS500-1 spacecraft is the primary payload, which mission is to acquire imagery in panchromatic and multi-spectral modes, has been fueled and is now being prepared for integration with the Fregat. 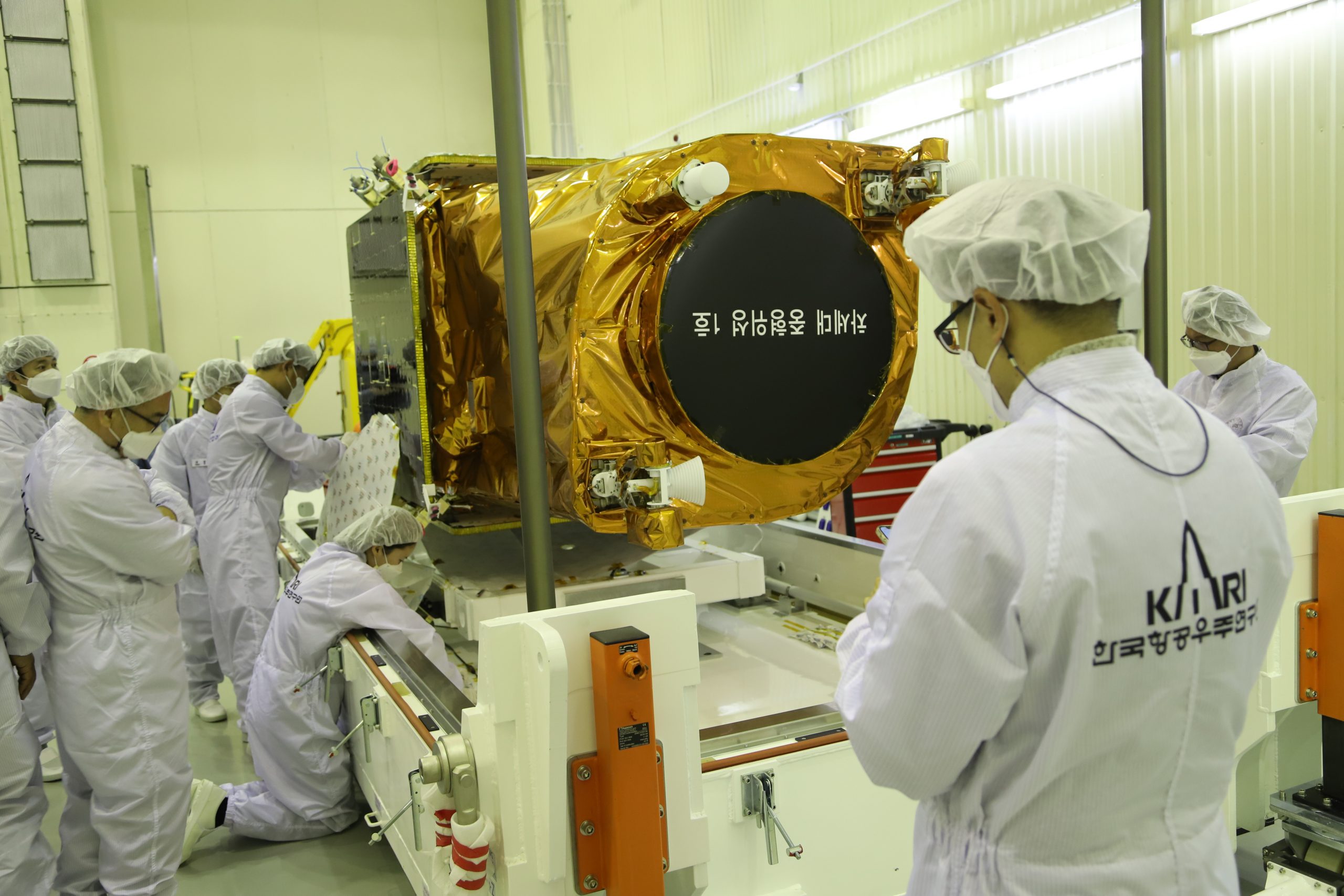 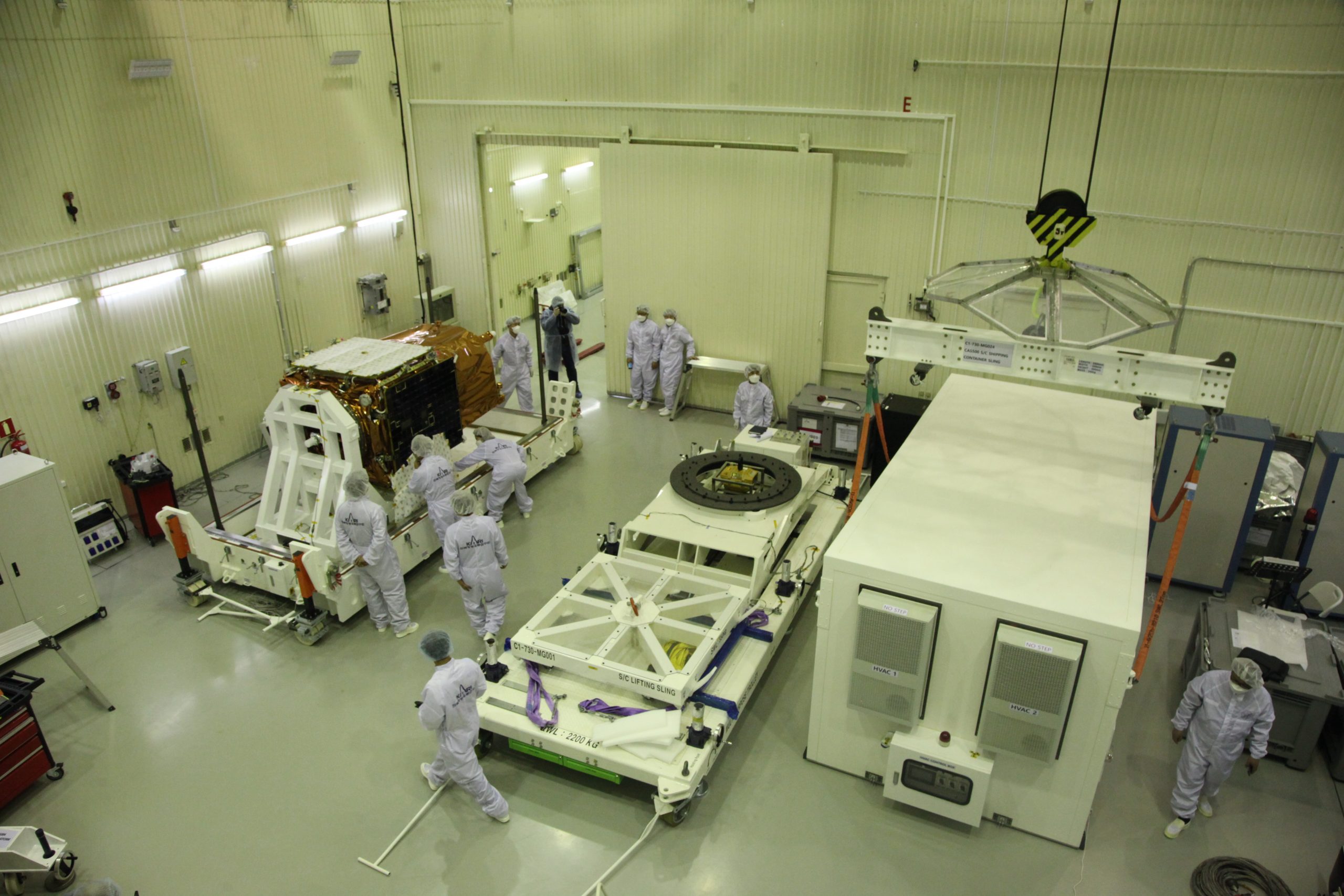 A satellite with a unique mission – ELSA-d by Astroscale from Japan will be the first spacecraft which mission is to demonstrate the core technologies necessary for space debris docking and removal, a major step towards expanding on-orbit services and achieving Astroscale’s vision of safe and sustainable space for the benefit of future generations. 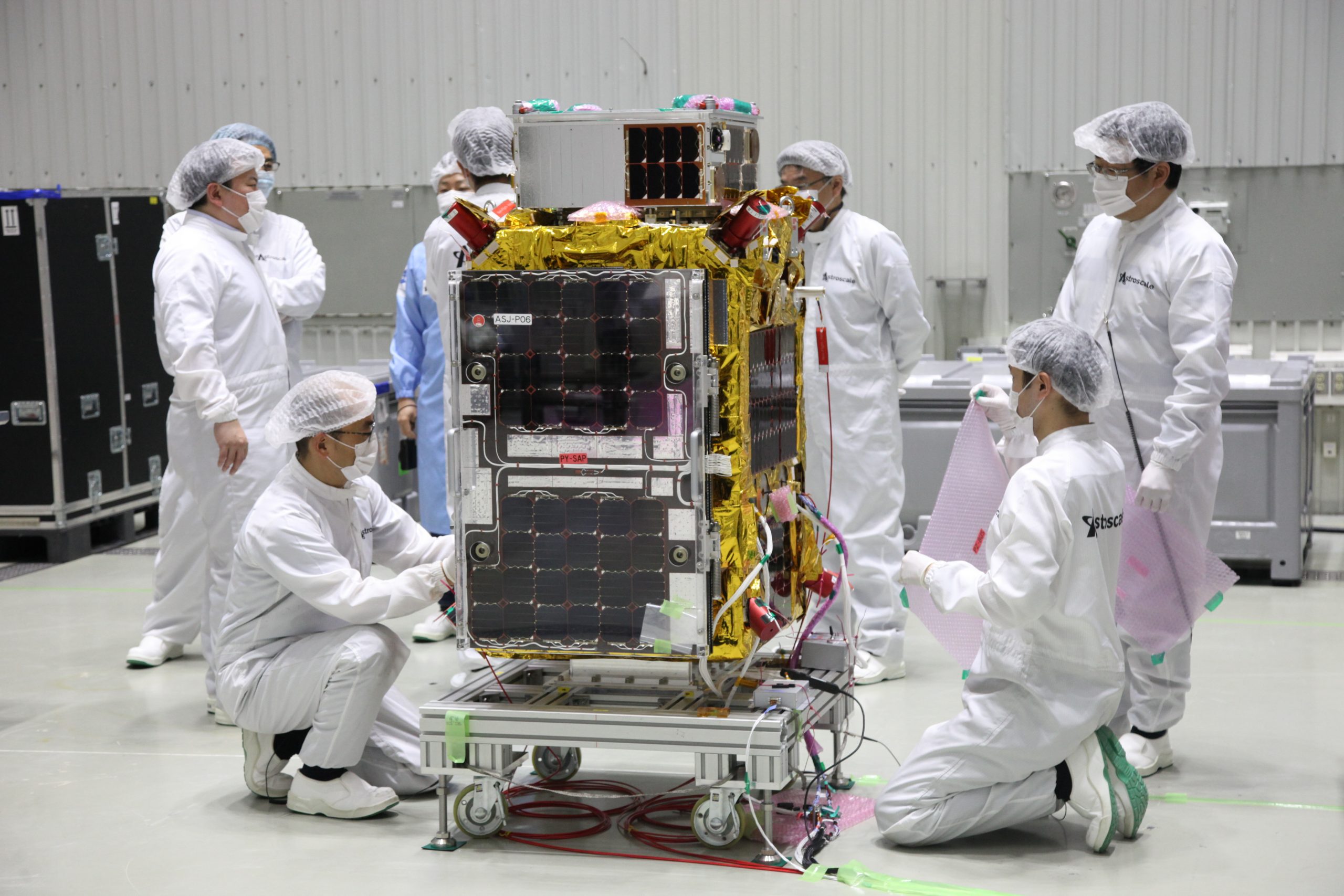 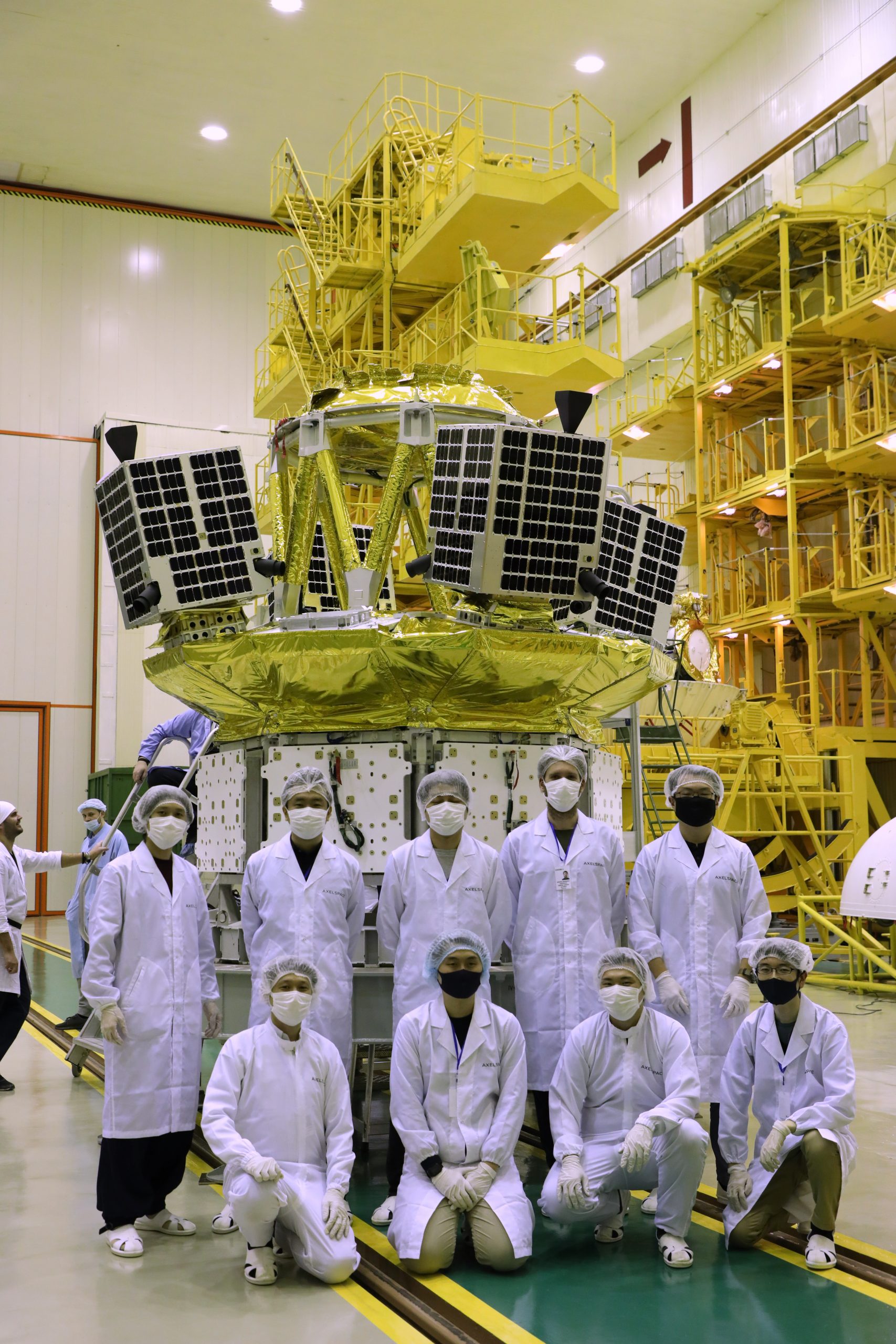 Also, the Saudi Arabia’s optical Earth observation NAJM-1 spacecraft will be launched onboard this Soyuz 2.1a launch vehicle.

A high-throughput DMSAT-1 nanosatellite to determine quality of air above the Dubai Municipality developed for the Mohammed Bin Rashid Space Centre to perform multi-spectral observations in the visible and near-infrared bands in order to detect and monitor aerosols in the upper atmosphere.

Italy’s Gauss will launch the Unisat-7 satellite to test the accurate injection technology for Cubesats.

Also, CubeSats by Sputnix and two CubeSats developed by Russian engineering universities will be launched as part of this mission.

GK Launch Services will offer a launch opportunity for school smallsats as part of the “Space П” (Open Cosmos) project implemented with support from The Russian Movement of School Students. The project is a part of the All-Russian “Planet Watch” Program sponsored by the Roscosmos State Corporation, Foundation for Assistant to Small Innovative Enterprises and the “Talent and Success Fund”, and by other program’s partners. The following spacecraft will be launched onboard this Soyuz 2.1a launch vehicle: 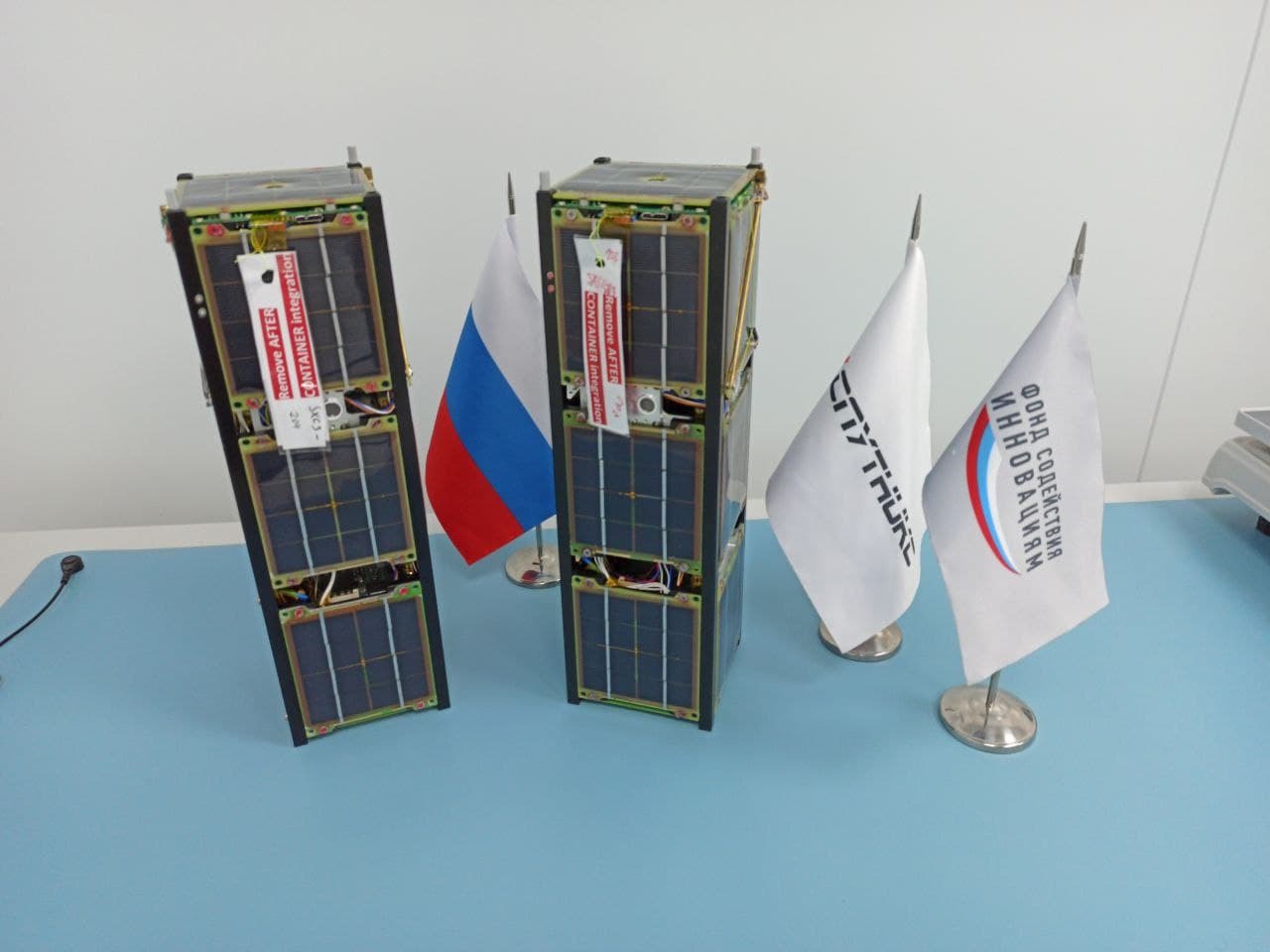 In addition to that, the Soyuz 2 will launch satellites of the participants in a competition held together with the International Astronautical Federation (IAF) for a free launch of a 1U Cubesat. The winner – The Sapienza University of Rome – whose students presented the SIMBA Project (System for Improving Monitoring of the Behavior of Wild Animals). The spacecraft will track the behavior of animals in their natural habitat in the Kenya National Park. 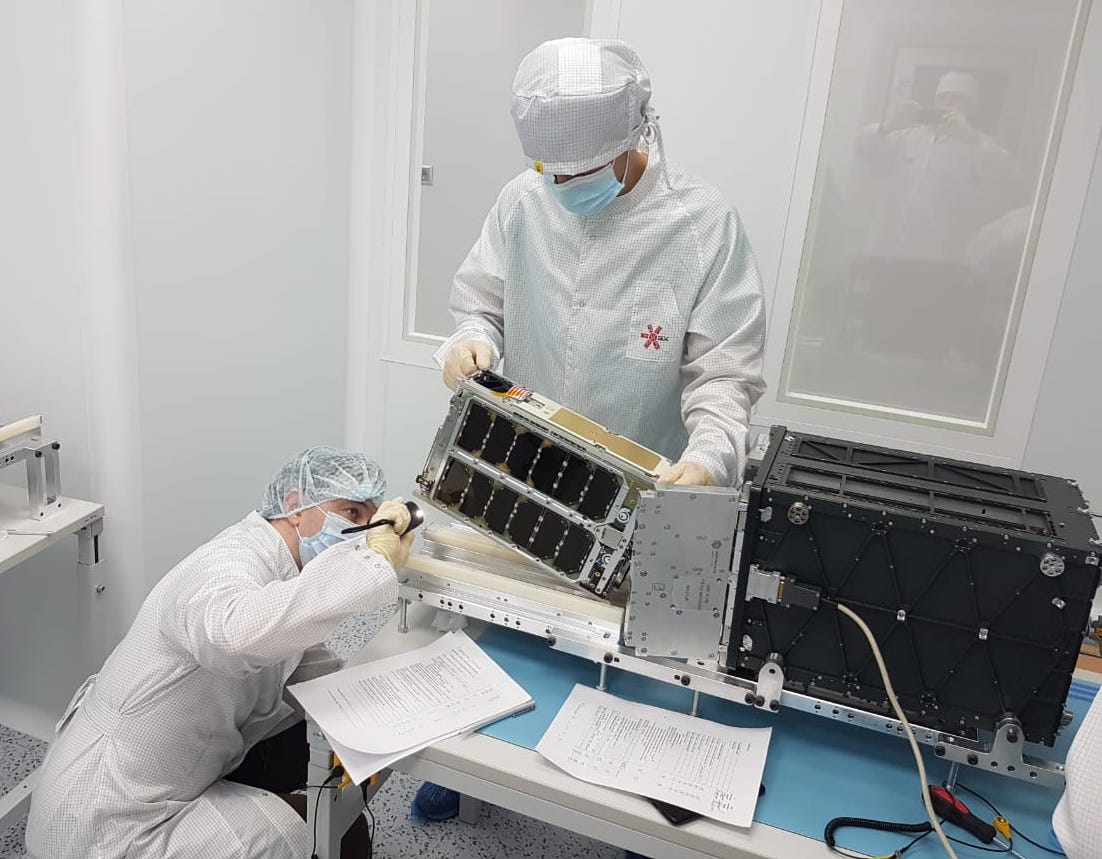 The GRB-Alpha spacecraft from the University of Kosice – that was a runner-up in the competition – will also be launched as part of this mission. The GRB-Alpha spacecraft is designed to demonstrate the detector and electronics technology for the future CAMELOT mission which is a planned nanosatellite constellation that will provide an all-sky coverage with high sensitivity and high localization accuracy upon gamma ray detection.

The 20th of March is the Tunisia’s Independence Day, and it is exactly on this day that the nation’s first satellite will be launched. Challenge ONE is a research and innovation project that offers a new approach to information technology and its practical application. The results of Challenge ONE by Telnet will be used to create a constellation of 30 satellites.

As of today, the joint electrical checkouts of the spacecraft with the Fregat upper stage systems have been successfully completed, and currently operations to integrate the spacecraft with the separation system and to install them on the dispenser are underway. The dispenser is a mission dedicated structure developed by NPO Lavochkin against an order from GK Launch Services in order to accommodate numerous spacecraft of various configurations as part of this mission. Operations to integrate the four GRUS spacecraft, Elsa-D and Unisat-7 have already been completed. Activities to integrate other spacecraft for this launch are underway. The dispenser will be mounted on the Fregat upper stage following integration of all the satellites.